This website is about me but it’s the website that’s important and not me. By spending time developing the site I’m learning how to use WordPress and Elementor and hopefully developing web design skills which I hope is keeping me mentally active and offsetting dementia which is a great worry at my age. 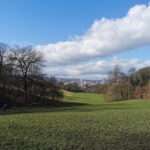 My birthplace and the home of Sheffield FC, the oldest football club in the World

The city is built on seven hills and is green, relatively clean and surrounded by beautiful countryside. A great place to live.
Click Here 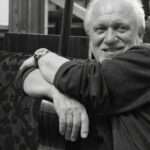 I really enjoy sitting in my man cave with my guitar and singing for the sake of it. Everyone should try it.

Thomas Hobbes, the political philospher attributed his long life to singing and running up and down stairs before retiring for the night
Click Here 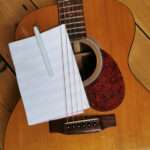 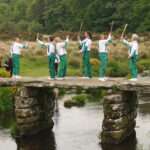 I've been performing with Sheffield City Morris since 1996.

Is the butt of many a joke but it's took me to festivals in the UK, Europe and further afield in the past 40 years.
Click Here

I was born in February 1947 in the Park district of Sheffield, a very run down area of back to back housing in the centre of the city that was unfit for human habitation long before Hitler had it bombed during WW2. Our house (33a) Granville Street stood or I should say was held up by large wooden supports to stop it falling down the hillside on to The Station Pub and the Midland Station’s main line to London further down the hillside.

The row of houses faced out towards the City Centre and stood on a landing with steps leading down into a large yard with a block of toilets occupying the centre. At the bottom of the yard stood a wall between us and the Station pub’s backyard. As I said the houses were back-to- back with the other half facing the cobbles of Granville Lane above. Everything about the road reeked 19th Century poverty, as I said cobbles with thick bitumen/ tar that melted in hot weather sticking to shoes, trouser’ backsides and little fingers that poked at it with lollipop sticks. The houses looked older than they were with front curb stones concaved from the passage of feet and women also looking much older than their years kneeling over the curbs rythmically scrubbing until a layer of gritstone had been removed. I was later told by my dad that this was the scene of my meeting with Gunner Wheyhall an infamous member of the The Mooney Gang and so called because he carried a gun. According to my dad I was happily digging tar out from between the cobbles when Gunner came along and gave me a sixpence probably as compensation for the smacking he knew I was going to get later from my mum for getting the sticky stuff over my hands and clothes. I don’t suppose butter was cheap in the early 1950s but it seems it was good for breaking down the tar on stained hands and I still remember the experience 70 years later. My dad told me than Gunner, who dressed like a toff, caught the train to Manchester most days where he would spend his time picking pockets. I can only assume he’d had a very good day, hence the sixpence.

My mum, one of thirteen, became quite ill after giving birth to my sister when I was four and I had to spend sometime living at my aunts on Granville Lane and sleeping with my cousin Joan whom I later found out objected to me being christened Stanley (too old fashioned) and when asked what she would call me said Peter. God bless my cousin Joan!  I set off for my first day at Park School from my aunts and that’s about us much as I can remember about the place. At some point during this early period we left the area and moved to the Manor Estate and I transferred to Pipworth Road Infants School.

The Manor Estate was a typical working class estate, solidly built in the late 1920s with large gardens, inside toilets and wide roads ideal for playing football in between the odd car and bus. I went to Pipworth Rd Secondary Modern school and left at 15 without anything on paper to say I had spent 10 years there. My main memories are of a violent environment, mainly perpetrated by the teaching staff who delighted in hurting the pupils to offset the misery of their lives. Many years later while doing my PGCE at City College my impression of the school was confirmed by one of the staff who did his probationary year at Pipworth, starting at Easter 1962 and missing me by a few weeks. He told me it was so depressing that he seriously considered leaving the profession because of the violence stirred up by the staff.

Easter 1962 found me working at TC Harrison the main Ford dealership in Sheffield, after a disagreement over my summer holidays I left and by September I was working for the NCB and doing my underground training. eighteen months later I moved on to James Neils, Eclipse Tools and was working a milling machine in the Magnet Section.  After four years of relative stability I left and had a series of jobs: Heeley Mining, Mathia Spencers and Sons, Charles Neils, one day as a vacuum salesman, back to James Neils for a short period, Osborn Mushet Tools and then Langsett Industries.

My real working life stretched from 1962 to 1975 and ended when I started a full time, two year, A level course at Rotherham College of Art to enable me to go to university and become a teacher. In 1977 I started a degree course at Sheffield University in Political Theory and Institutions and three years later went to City College to complete a Post Graduate Certificate in Education before embarking on a career in teaching at Shirecliffe College of Further Education in 1981. I then spent the following years up to 2007 teaching mainly in FE but also some secondary and even a few months covering in a primary school.

From leaving school up to the 1970s my life centred around football. I played most weekends either in the Works League on Saturdays for Jimmy Neils or in the Sunday league for the Three Feathers pub. Monday to Thursday evenings were spent at home, the meagre wages never lasted past Sunday night. Friday nights consisted of some kind of pub crawl either in town down the Moor and up London Rd or in Derbyshire to utilise the extra 30 minutes drinking time at weekends. Saturday nights consisted of going to the Brincliffe Oaks and later Nether Edge Hall to watch Match of the Day on the TV. By 1967 I was fed up with a life devoid of prospects and interest, a I life of football and booze.

Me and my guitar

It took me fifty years to make a CD of my own songs. If you fancy having a listen just click on the image or follow the menu above to my CD page or just use the button below.

The weekly programme was created by Roy Plumly and first broadcast on the 29th January 1942 on the BBC Forces Programme and is still running today nearly 80 years later. I am never going to be invited to present my most memorable eight music tracks, a book and a luxury item by the BBC and so I thought I’d do my own here. We do have a weekly folk show, Thank Goodness It’s Folk every Friday 10.00am – 12.00pm, compared by James Fagan and Sam Hindley, and a damn fine show it is, and I was asked once by James if I would take part in their own desert island disc feature called Kelham Island discs. Kelham Island is exactly that in the River Don and formed in the 1180s as a goit to provide water for the town’s Corn Mill further down stream at Lady’s Bridge and later named after Kelham Homer the town armourer at the time of the English Civil War. Unfortunately the pandemic came along and scuppered the invitation but undetered I thought I’d do my own just in case I am invited at a later date.

Disc One: Cathy’s Clown by The Everley Bros